5 VoIP technology trends to watch out for in 2020 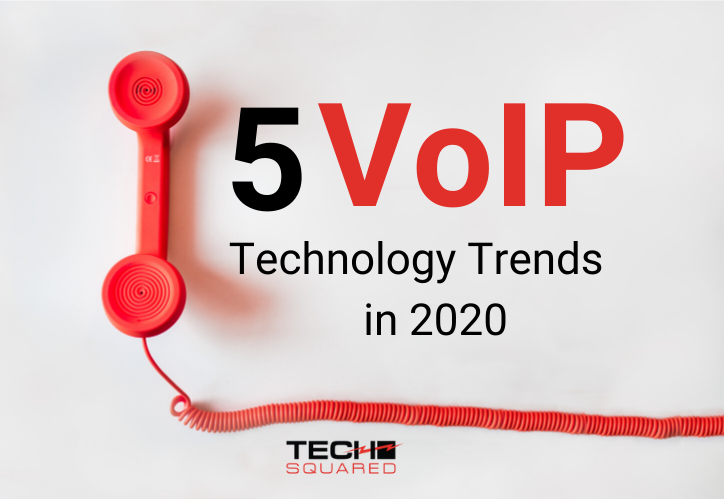 Landline subscriptions have been dropping steadily over the past couple of decades, with less than half of US households now having one. Businesses have been following suit as well,as they look for new ways to cut costs and increase functionality. Voice over Internet Protocol (VoIP) is, without a doubt, the future of telecommunications, but it’s also a fast-changing area facing its own set of trends and challenges.

Here are some we can expect to witness in 2020 and beyond:

VoIP is more than just a modern replacement for the traditional landline. It’s increasingly being included as a core component of integrated unified communications (UC) platforms. These go beyond the functionality of conventional telephone calls to include video conferencing, instant messaging, and team collaboration features like screen sharing. It’s no longer necessary for businesses to have a different system for each process. With UC-as-a-Service (UCaaS), you can now bring all these functionalities into a centralized online communications hub.

It’s going to take some time before we’re all connected to 5G networks, but that’s undoubtedly where we’re ultimately headed. 5G brings greater bandwidth and reliability to mobile networks, which means it will have a profound effect on VoIP and workforce mobility too. Currently, some of the biggest problems facing VoIP systems that connect to mobile networks include high latency and poor service quality. The enhanced reliability and lower latency of 5G technology is set to change that, especially once we reach 100% network coverage and availability

Artificial intelligence is shaking up the technology environment like no other development has done in years. In fact, it’s often claimed to be one of the key drivers behind what people are calling the fourth industrial revolution. Introducing new ways to automate routine workflows and help decision makers derive actionable insights from increasingly vast data sets, AI will also impact the VoIP sector. Examples include smarter digital voice assistants and auto attendants, real-time sentiment analyses, and skills-based call routing. Voice recognition is also getting smarter, while natural language processing (NLP) algorithms are getting better at transcribing voice into text in real time.

One of the reasons unified communications has grown so popular is that it’s interoperable with a wide range of systems. In one of the most basic and widespread examples, phone numbers on websites can become clickable, allowing you to make a call without leaving the browser to manually open another application. By supporting a wide variety of industry-standard protocols and systems, VoIP is becoming more deeply ingrained with everyday mobile and web apps. Improved integration is a top priority for developers, so we can expect more integrated in-app communications features to appear in the near future.

Unfortunately, the evolution of VoIP technologies isn’t all rosy. The fast pace of technological development has made it hard for many end users to keep up, and that’s a fact cybercriminals are all too ready to exploit. With new technology comes new threats and opportunities alike, and the rise of VoIP is no exception.